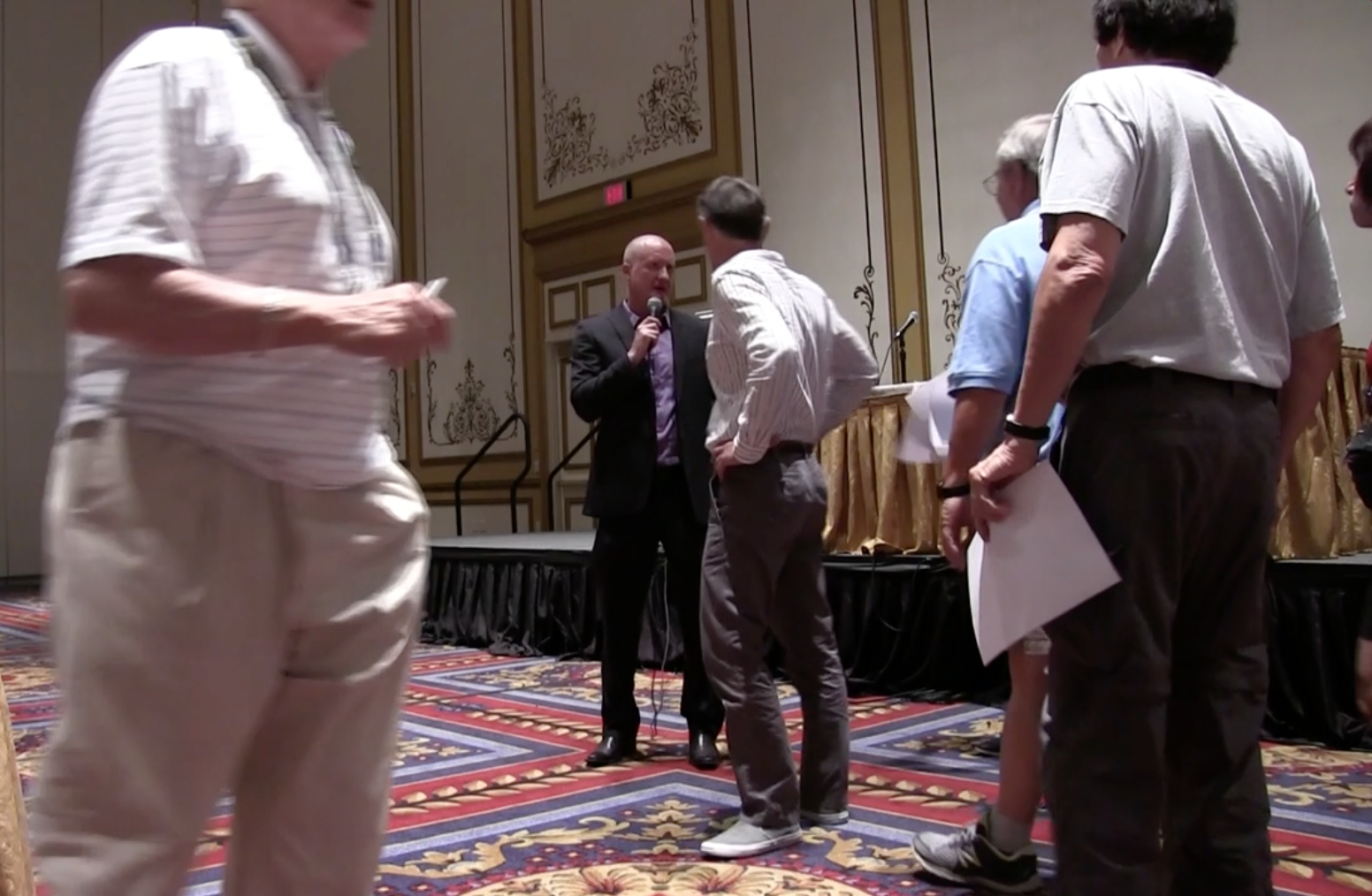 Mike Lathigee took the stage twice at the event. The first speech was a 20 minute presentation in front of a crowd of about 1,200 in the Main Ballroom in the morning hours of July 20. Mike spoke about over-regulation, particularly Dodd-Frank and its provisions, for most of the session. Despite the fact Donald Trump was not the first choice for many Libertarian-leaning individuals during the 2016 Election (including Mike, who supported Rand Paul), Trump’s ascension into the White House is still beneficial to Americans who believe the Constitution is still king.

“America became great through individualism, not collectivism,” Mike said. “Libertarians are about having as little government intervention in their lives as possible. A Trump presidency is far better than what we would have obtained with Hillary Clinton.”

The second speech was the next day in Vendome B, a smaller venue at the Paris Resort that provided Mike the opportunity to speak directly to 100 or so guests about the Las Vegas Investment Club. Mike told attendees the fundamental principles LVIC follows: educating members and keeping members engaged with monthly meetings. LVIC only invests in companies that it has direct involvement in daily operations, is part of the board of advisors, and/or part of the board of directors.

Mike does not have a bullish outlook when it comes to stock market investing. He said Donald Trump is perhaps the most unpredictable President in U.S. history, which makes the stock market all the more unappealing. Any number of global events, including a whimsical war with North Korea or arbitrary new trade regulations adopted by this administration, could completely crash the stock market at any moment and cost investors billions. Further, stock market price earnings multiples are at decades-highs levels, which makes it difficult to find undervalued companies.

But LVIC knows a good opportunity when it presents itself and proceeds accordingly.

MOGO Finance Technologies is a company Mike discussed with LVIC members at the November 2016 club meeting. The 2015 IPO was $10 per share. It took only a few months for the stock to plummet to around $1 per share. But Mike told club members that there is great potential with this company after analyzing the entire situation. This resulted in some members investing heavily when MOGO shares were around $1. As of publishing, MOGO is trading at $4.25 and has ridden a continual upward trend in the first seven months of 2017.

“If you are dependent upon a financial services advisor to put you into the stock market and buy simple stocks for you, you’re eliminating 99% of the stocks you could possibly buy,” Mike said. “If I was a mutual fund, I would have never been able to buy that stock.”

All attendees in Vendome B received LVIC financial statements showing the last eight major investments the club has participated in. The transparency and proven success resonated with several attendee, culminating in 33 new members signing up for LVIC memberships at the conclusion of the speech.

FreedomFest 2017 ended for LVIC with Mike auctioning off two rare paintings. All proceeds (totaling over $13,000) were donated to FreedomFest to ensure the annual event happens every year. Mike will be back at FreedomFest 2018.